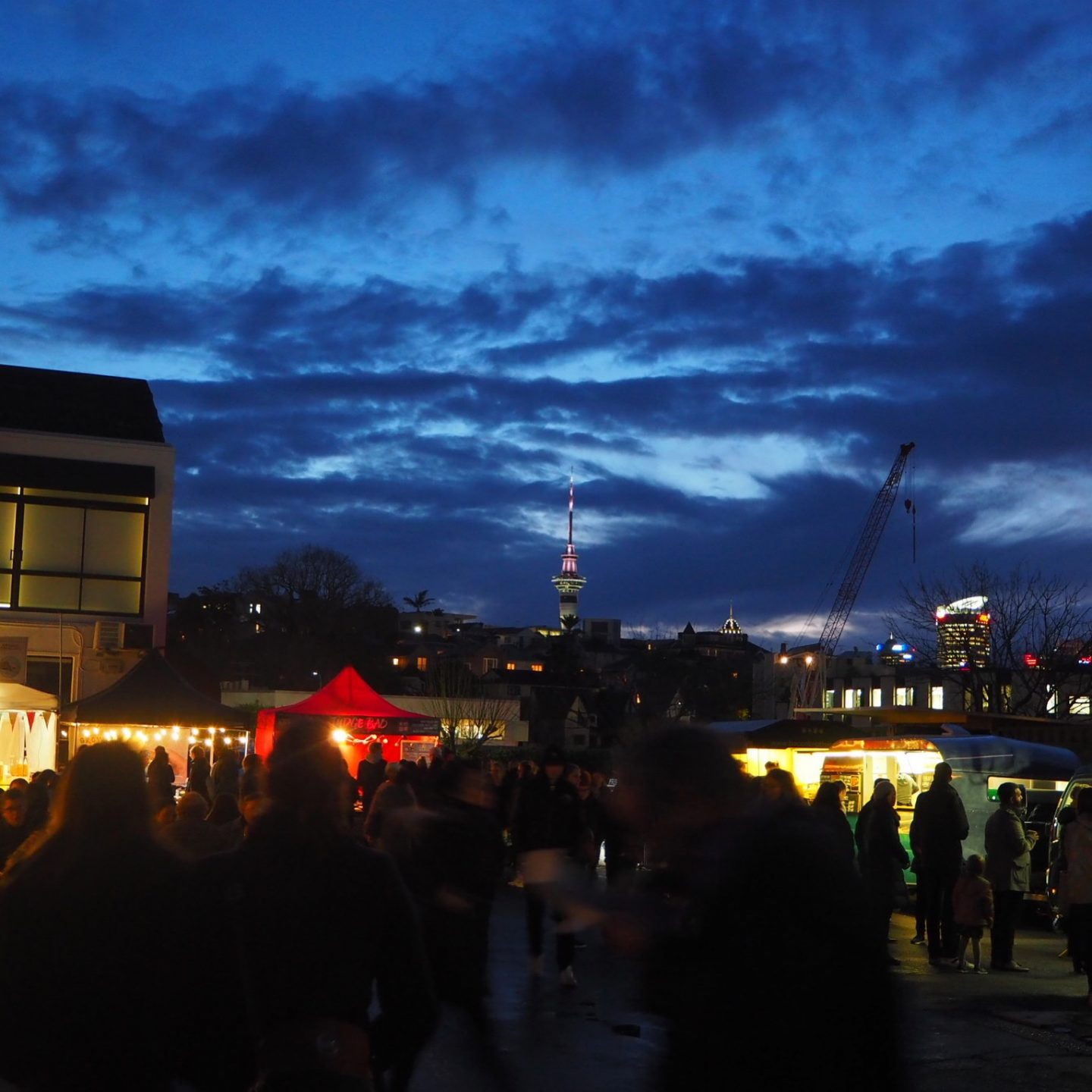 Last night I attended the Winter Solstice Night Market which was held at La Cigale in Parnell, Auckland. Voted Auckland’s top food market for the last seven years, La Cigale is usually held every Saturday and Sunday. For the winter solstice however, they decided to hold a night market. 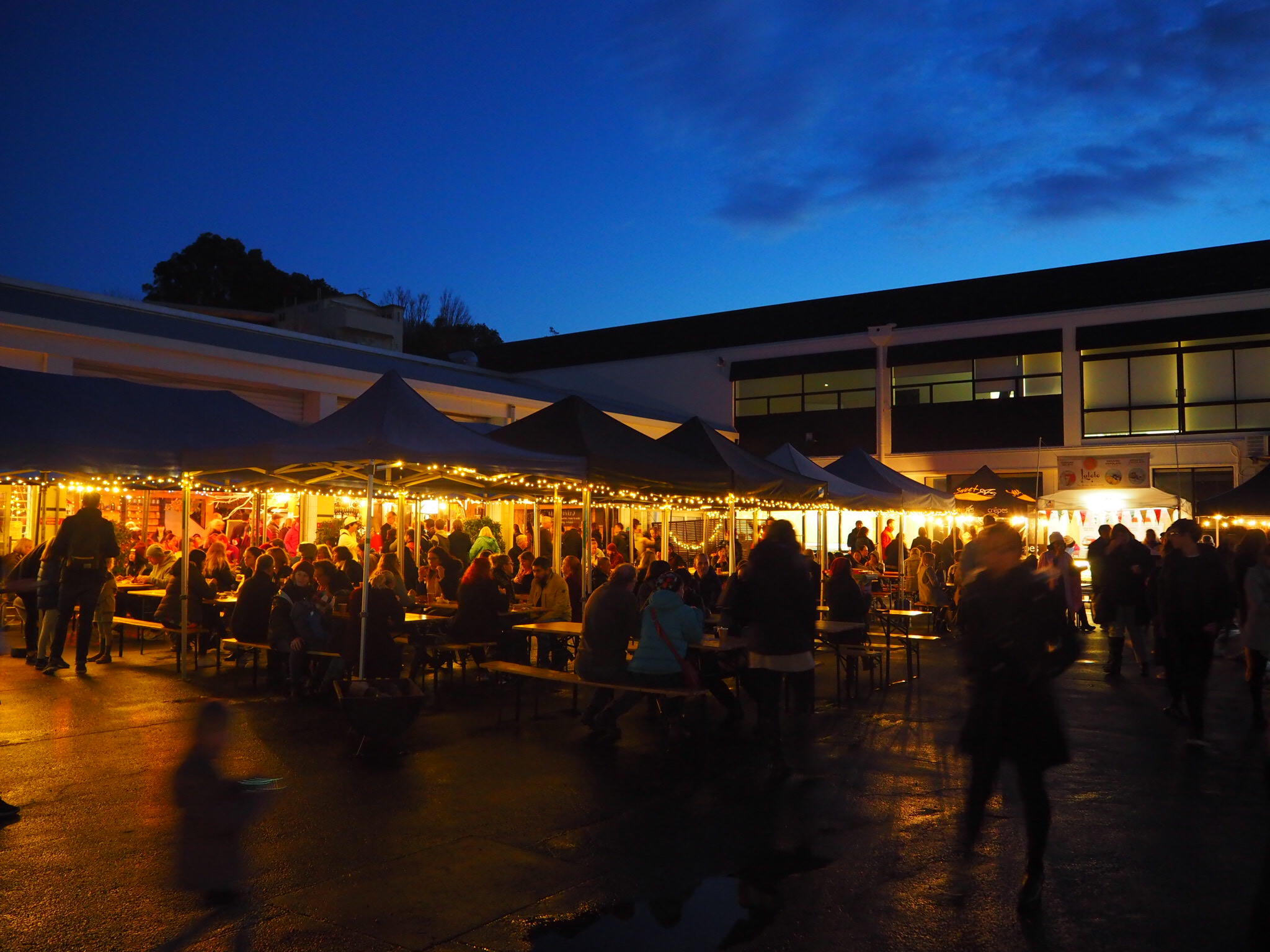 Celebrating the longest night of the year, food trucks and vendors gathered in Parnell to celebrate that warmer weather is on the way. DJ Jarrod Phillips provided music and we were also serenaded by some opera singers. 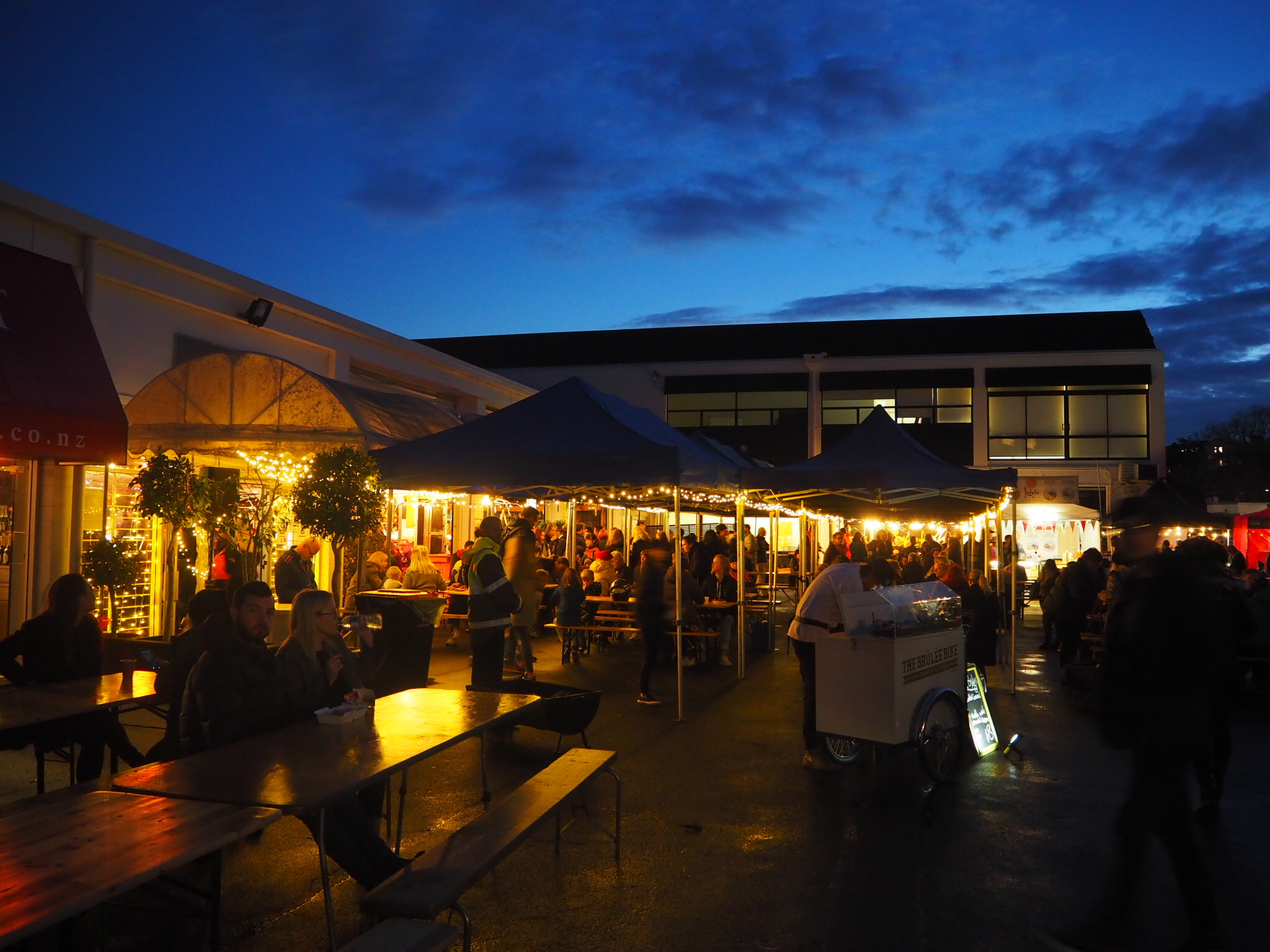 When I heard that there was going to be a raclette stall I knew that’s where I’d be heading first. Duck fat potato wedges were topped with melted raclette cheese. So good! 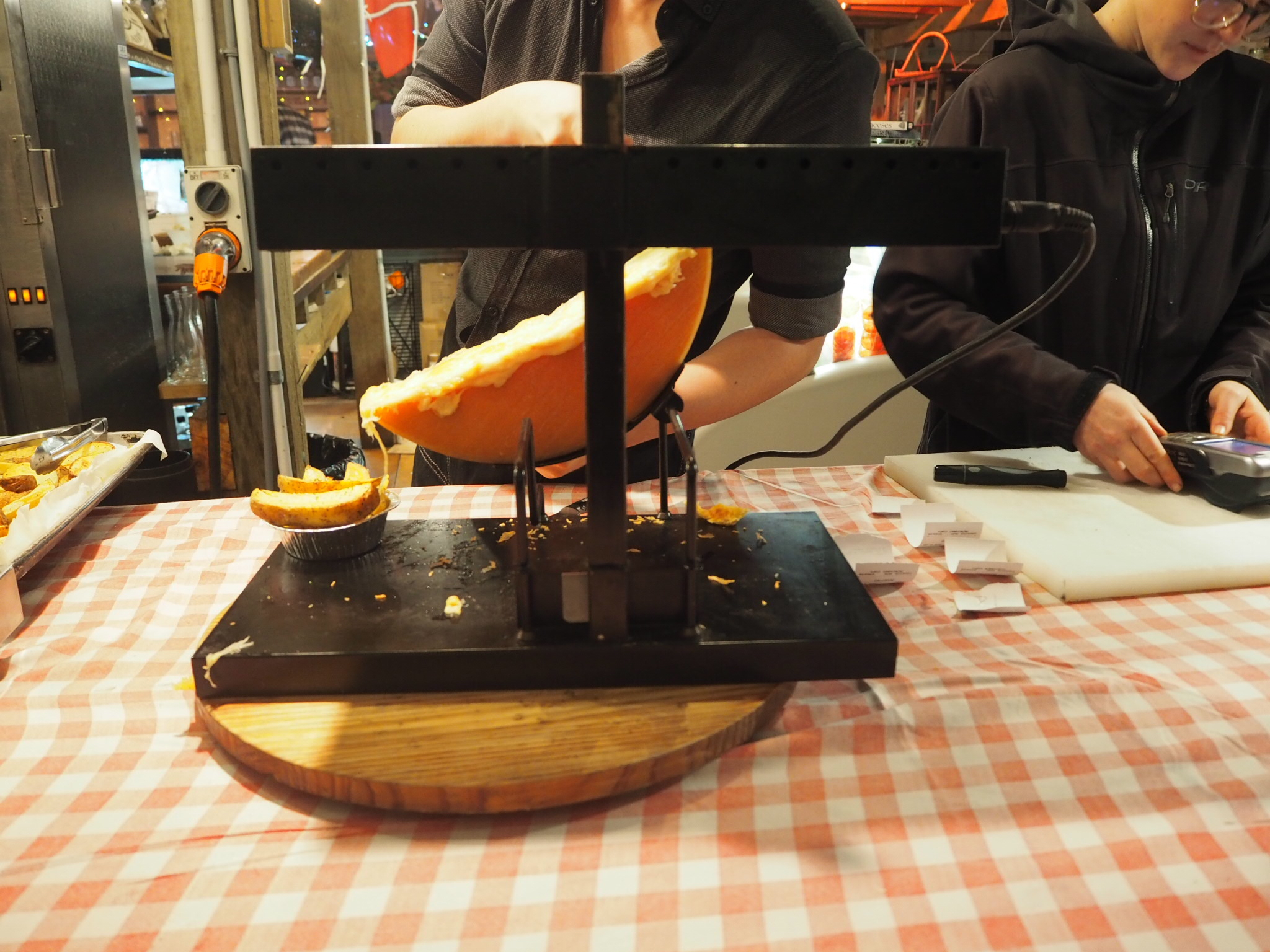 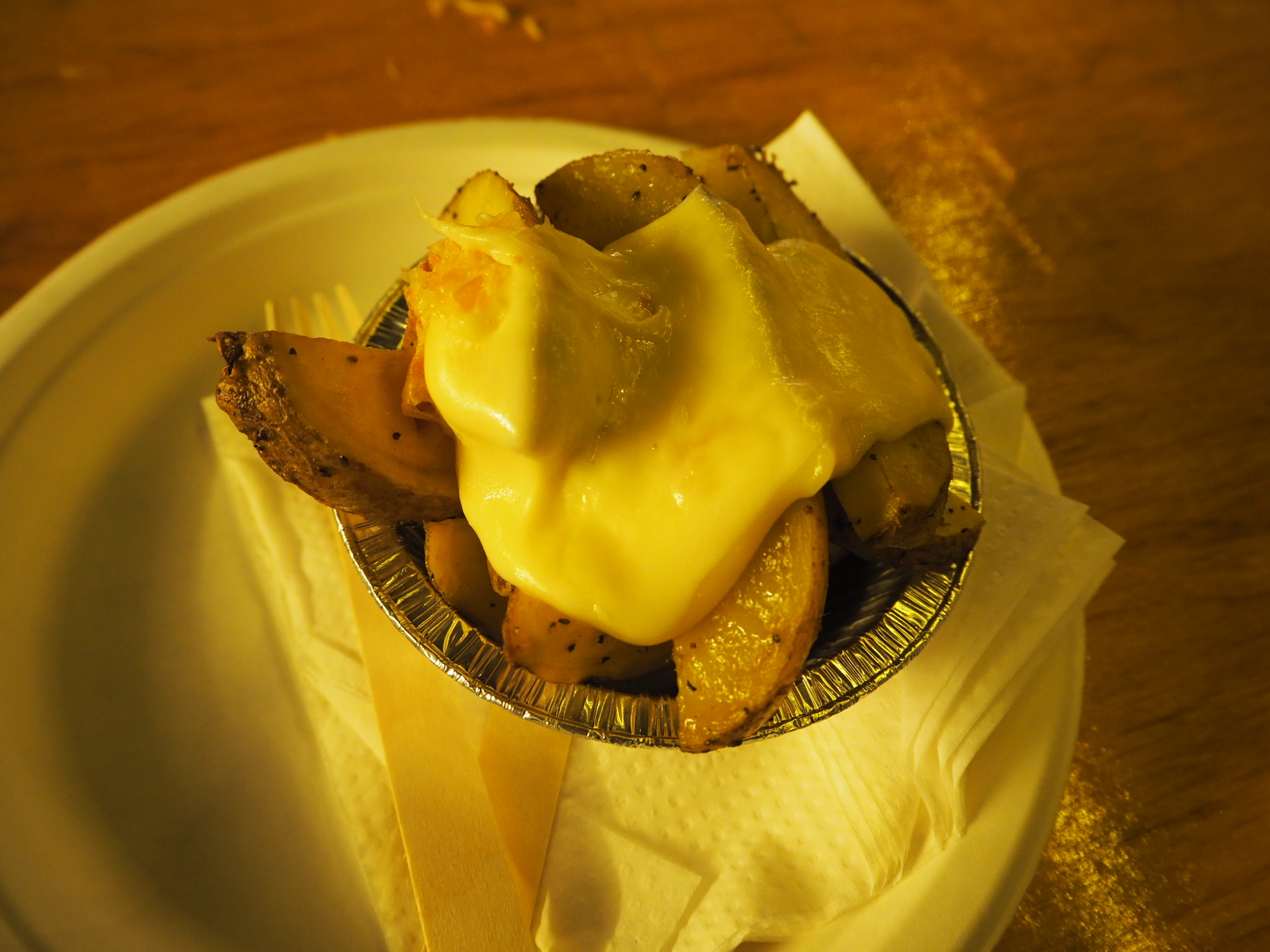 Next up we tried some vegetarian dumplings from The Rolling Pin. These were the best things we ate all night. The peanut and shallot topping combined with the tangy dressing was delicious. 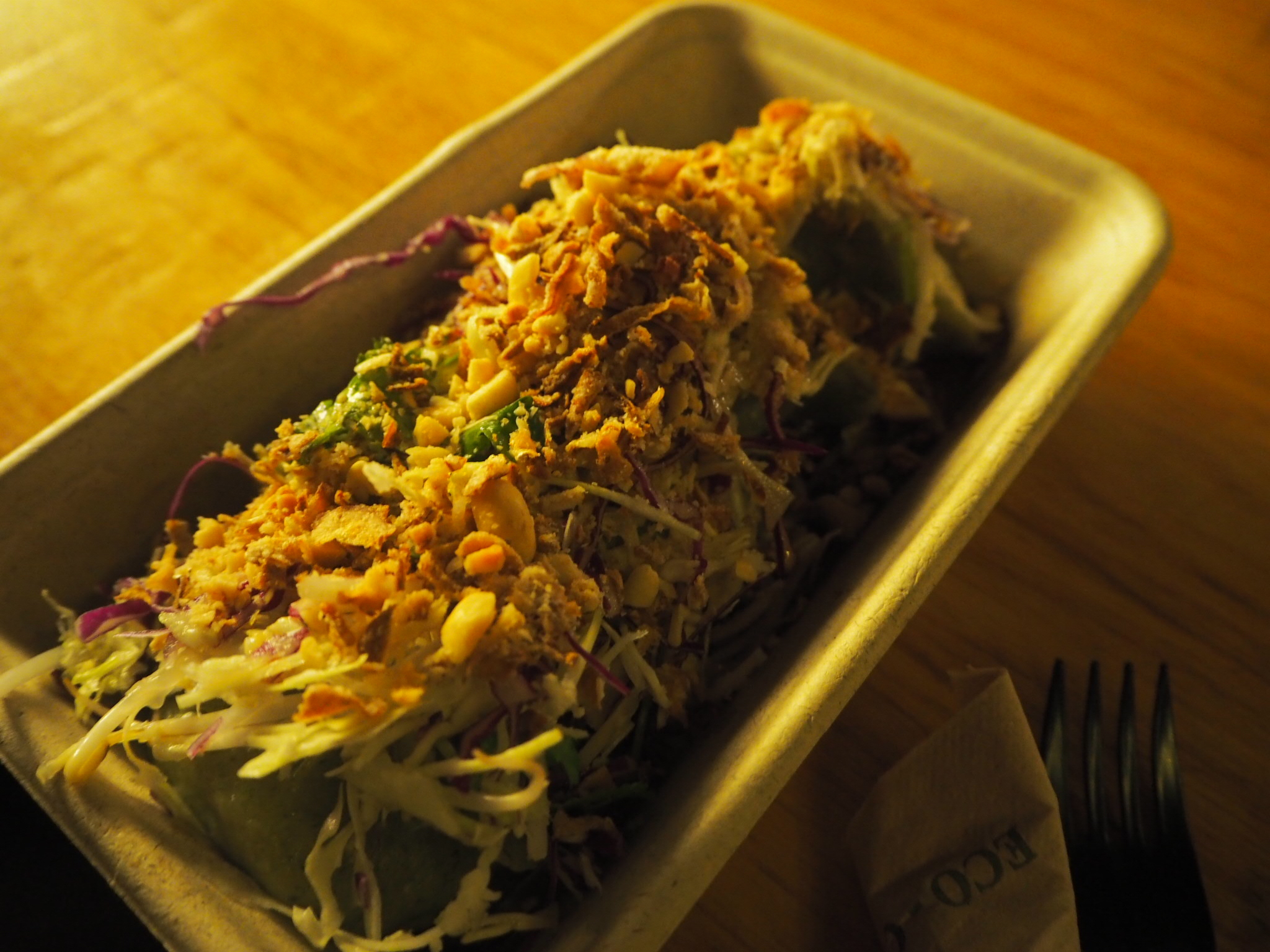 After sampling Double Dutch Fries at Splore Festival in February I knew I couldn’t leave without a cone of triple cooked fries with tomato sauce and Dutch mayonnaise. 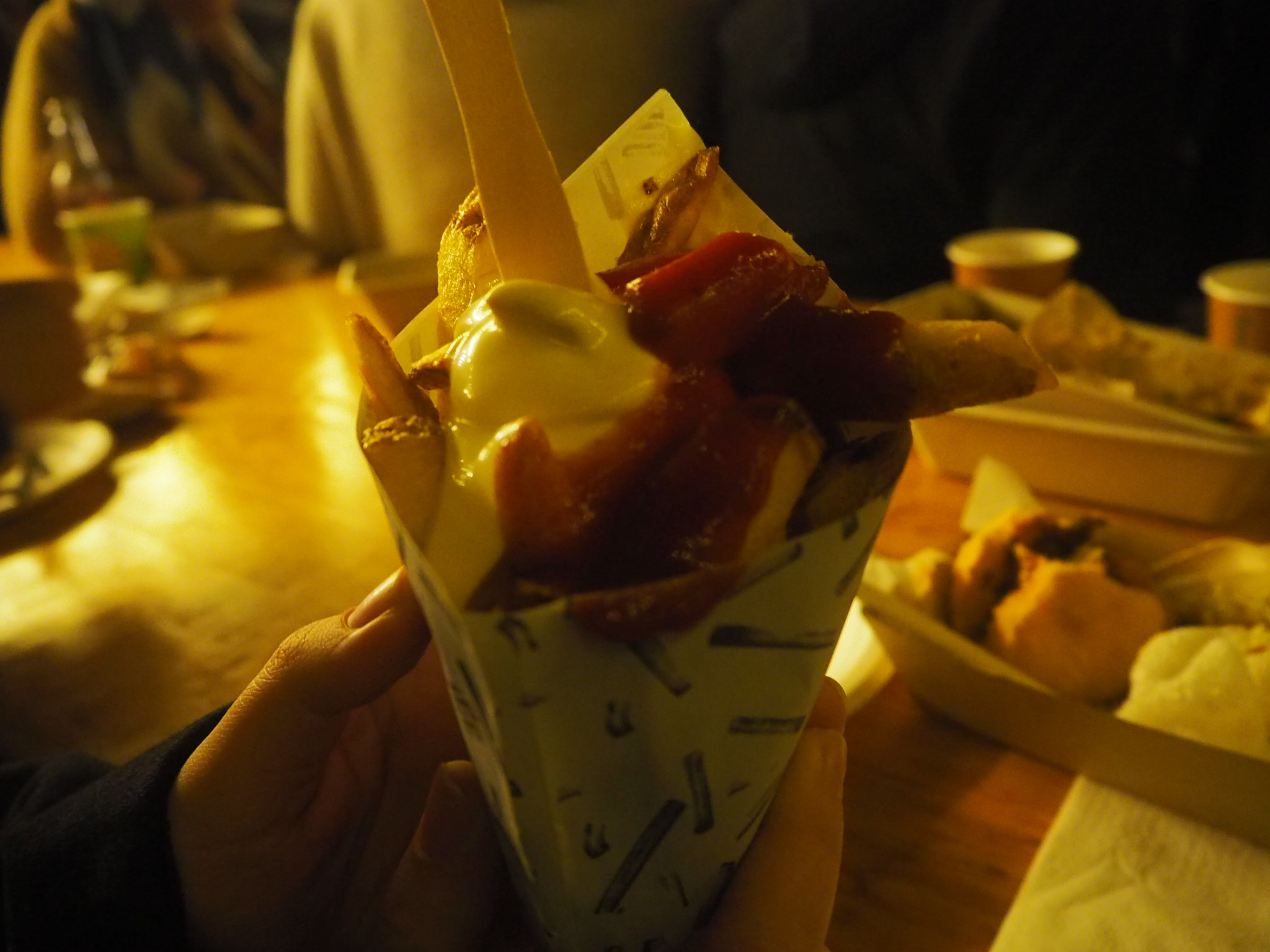 They don’t scrimp on the sauces so there is plenty for dipping. Some of the best fries I’ve ever had – period. 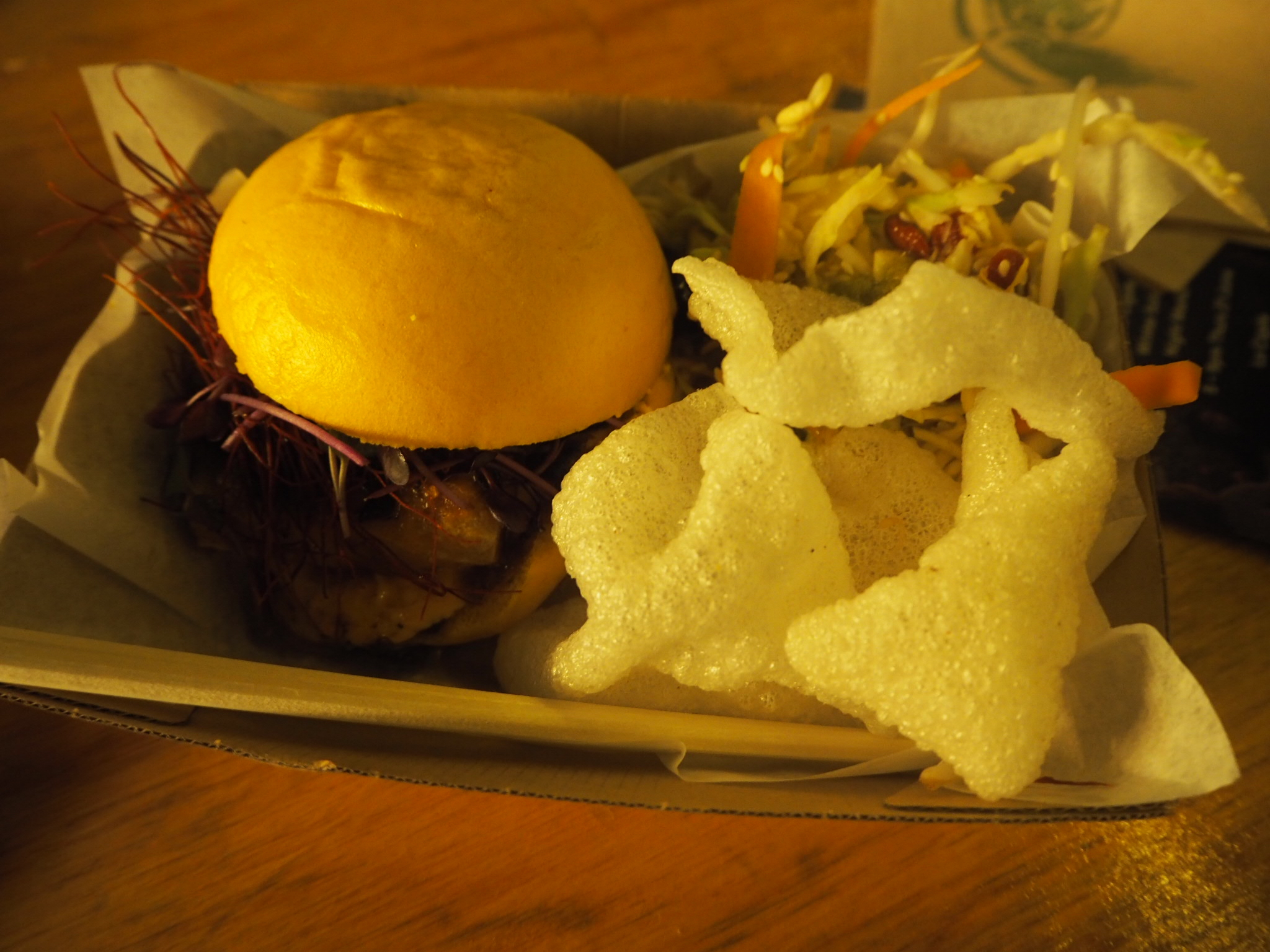 Don’t worry, I did share all of this food with a friend – we wanted to try everything.

Judge Bao – a regular favourite at food markets around Auckland were there serving up their steamed Chinese buns. We had the tofu served with prawn crackers and a shredded cabbage salad. 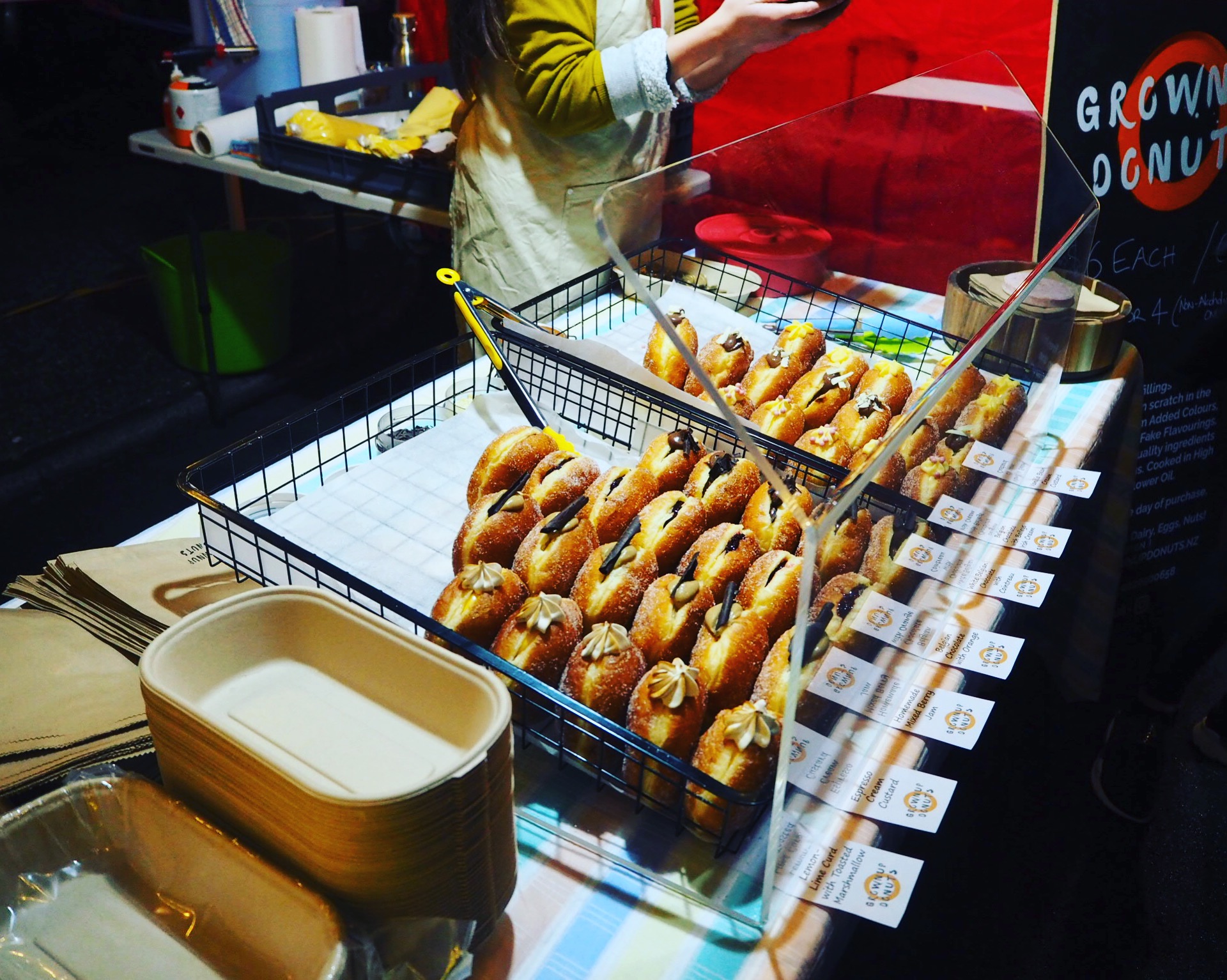 Craving something sweet we headed over to Grownup Donuts and indulged in one of the homemade malasadas. We went for the mixed berry jam and it was so light and fluffy and covered in sugar. 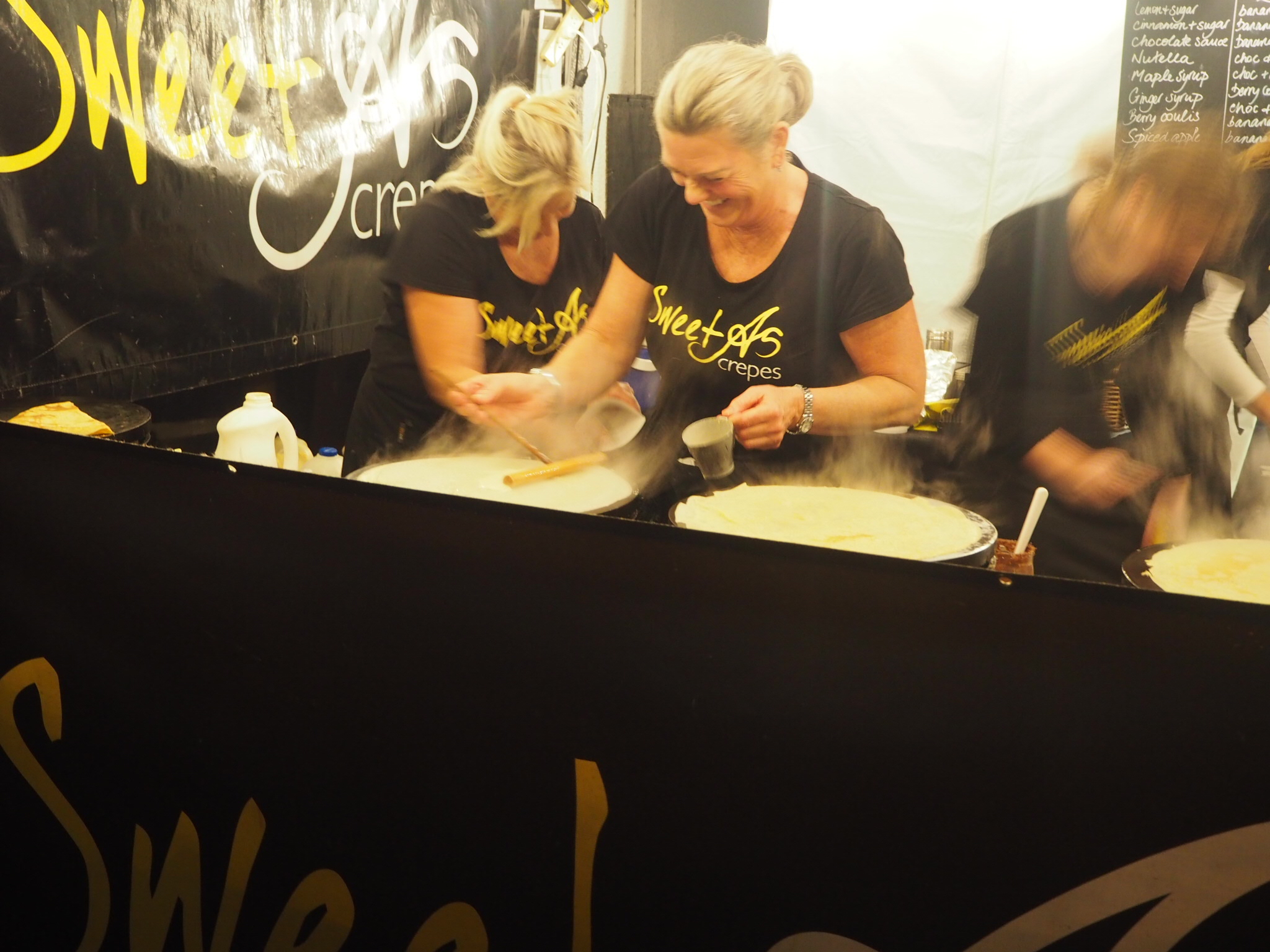 To round out our night we knew we had to have a Nutella filled crepe from Sweet As Crepes. There was a huge queue here and for good reason. The wait was totally worth it for the chocolate filled crepe. 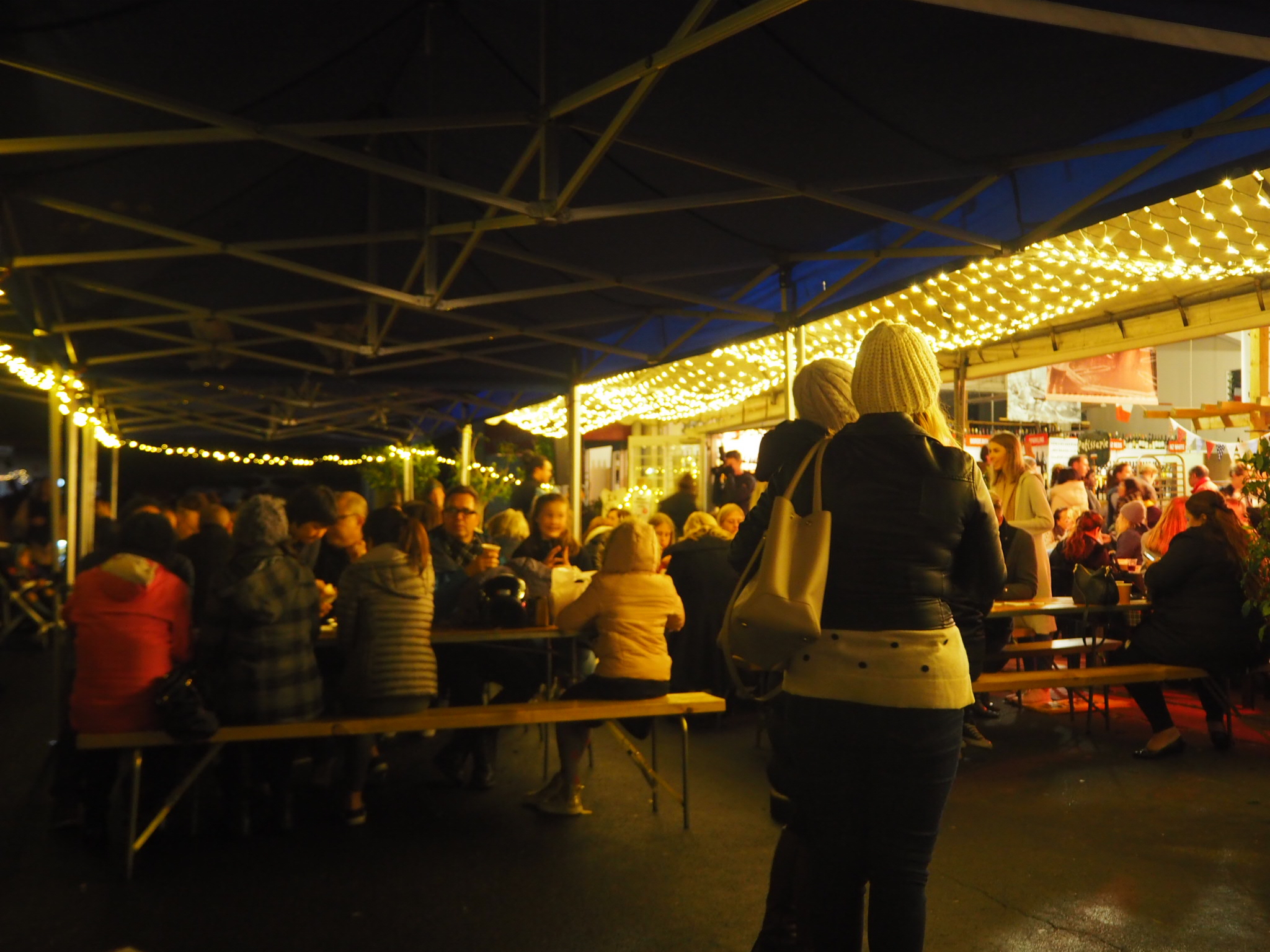 Mulled wine and hot chocolate was flowing and with full tummies we headed back to the car with this fantastic view of the Auckland SkyTower behind us. 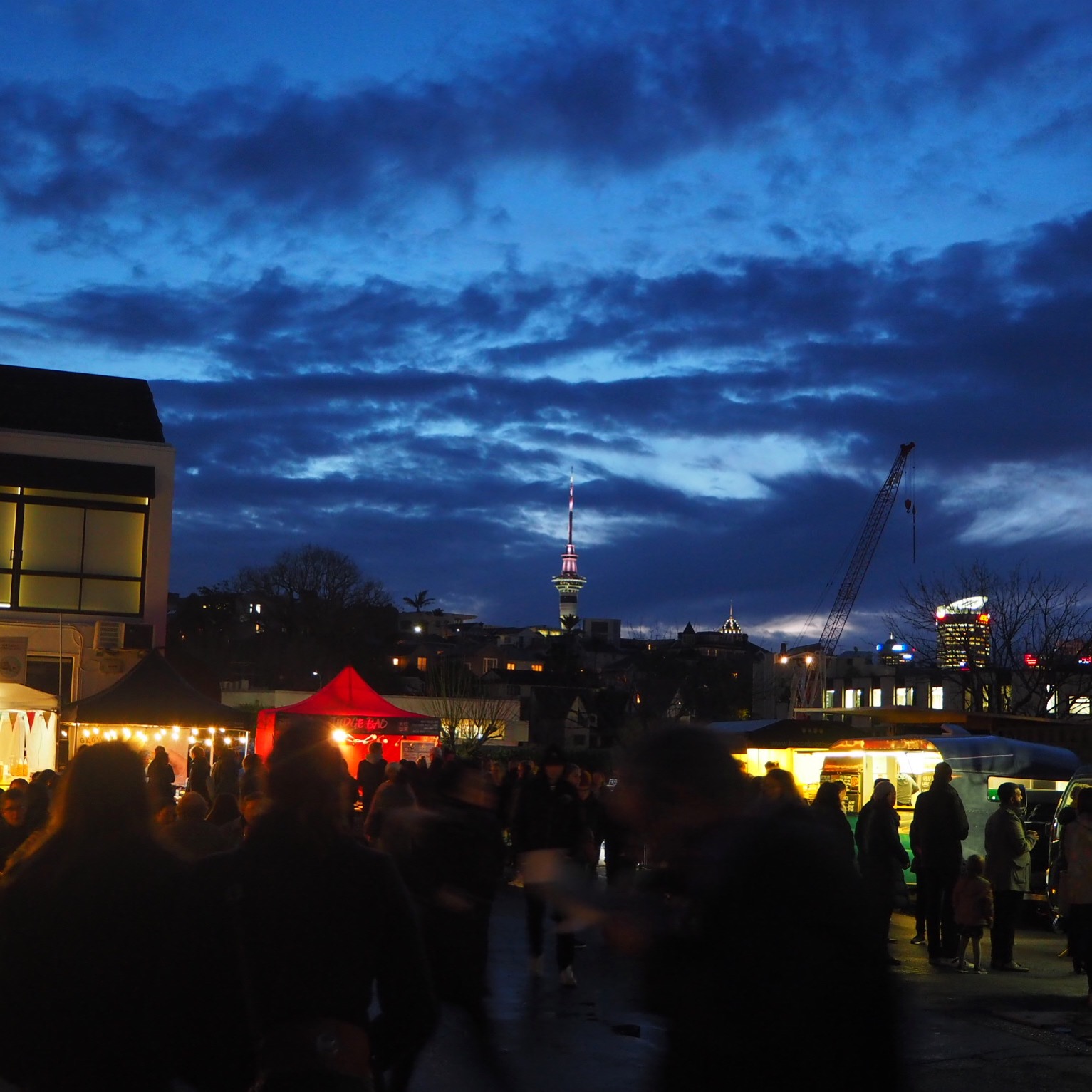 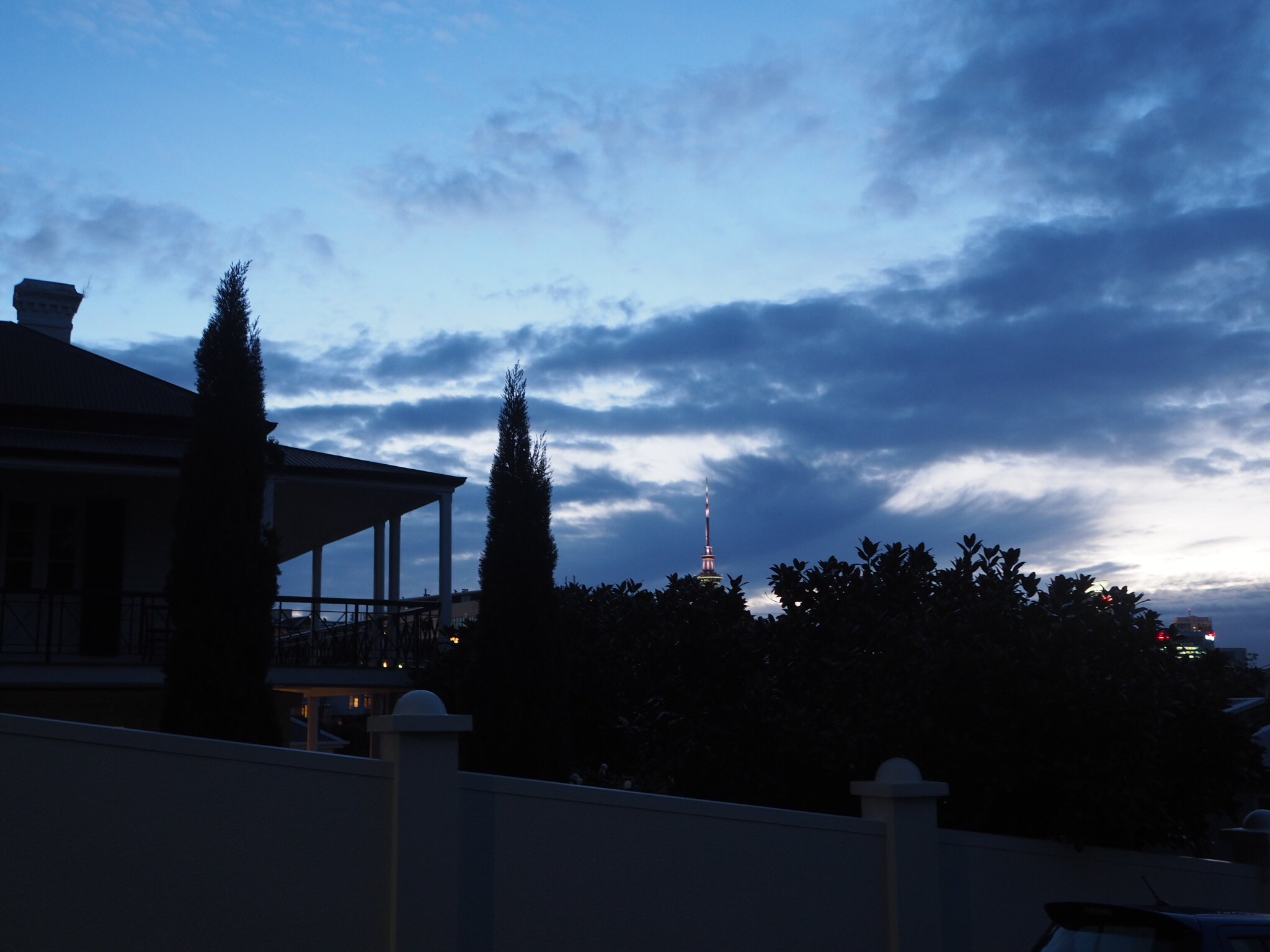 I plan to head to the Matakana Farmers Market one weekend soon so I will hopefully have another market post for you soon.