After leaving McWay Falls, we got back on the road and headed towards Santa Barbara, arriving around 4pm. A city on the central Californian coast, Santa Barbara has the dramatic backdrop of the Santa Ynez mountain range and downtown has a Mediterranean, colonial feel. 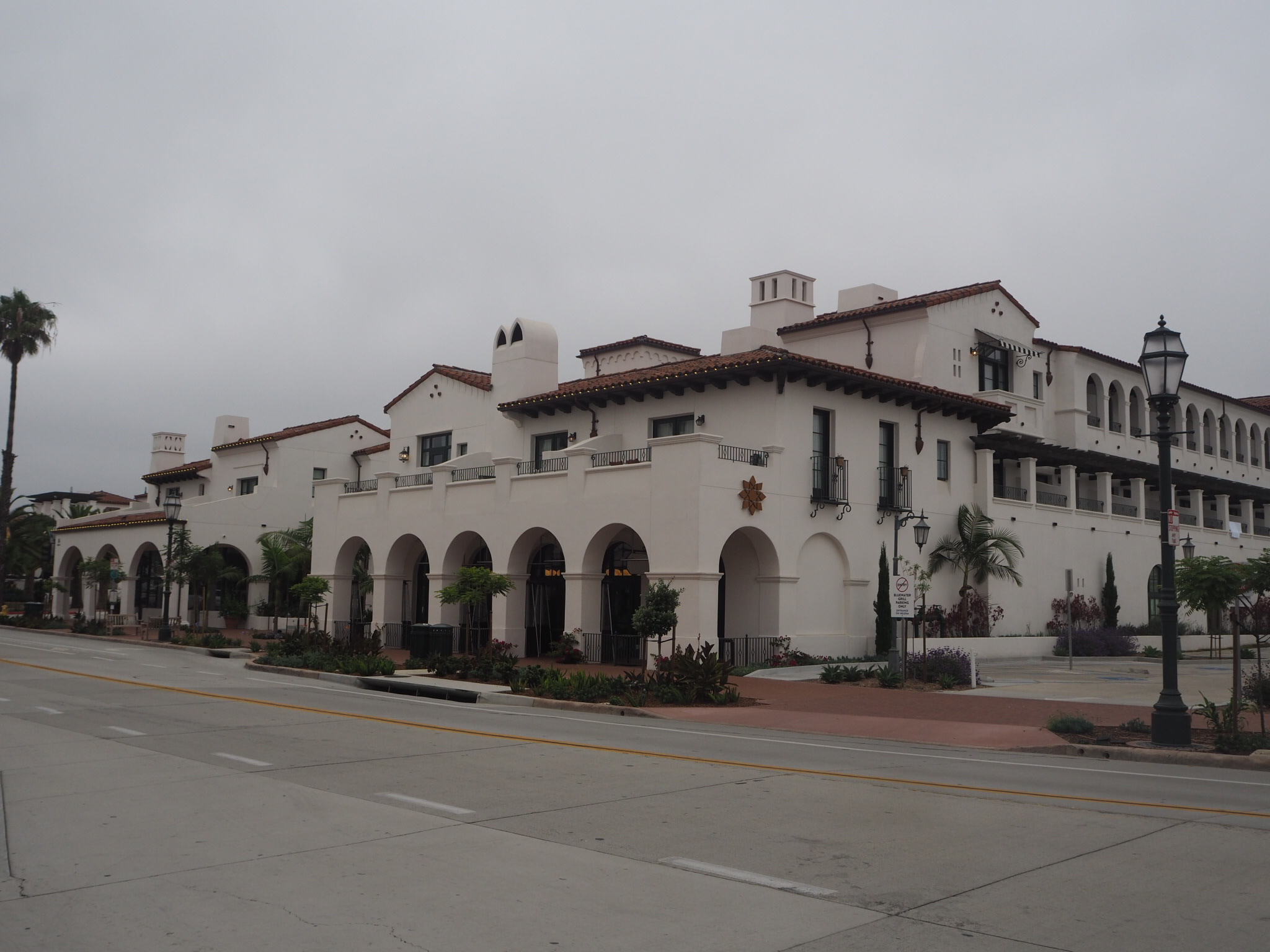 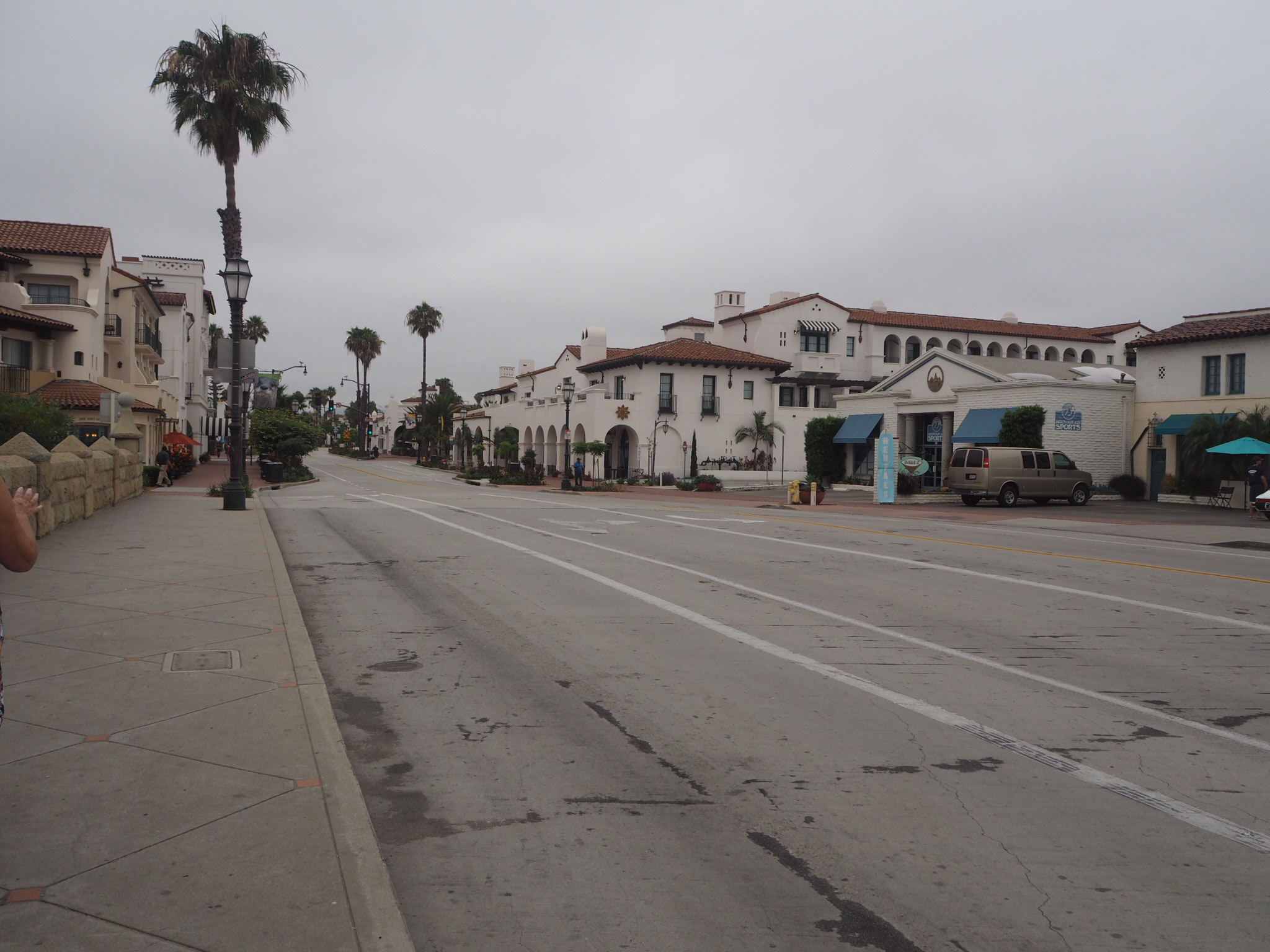 We stayed at The Franciscan Inn which was perfectly located to stroll into the downtown area, clean and had really friendly staff. 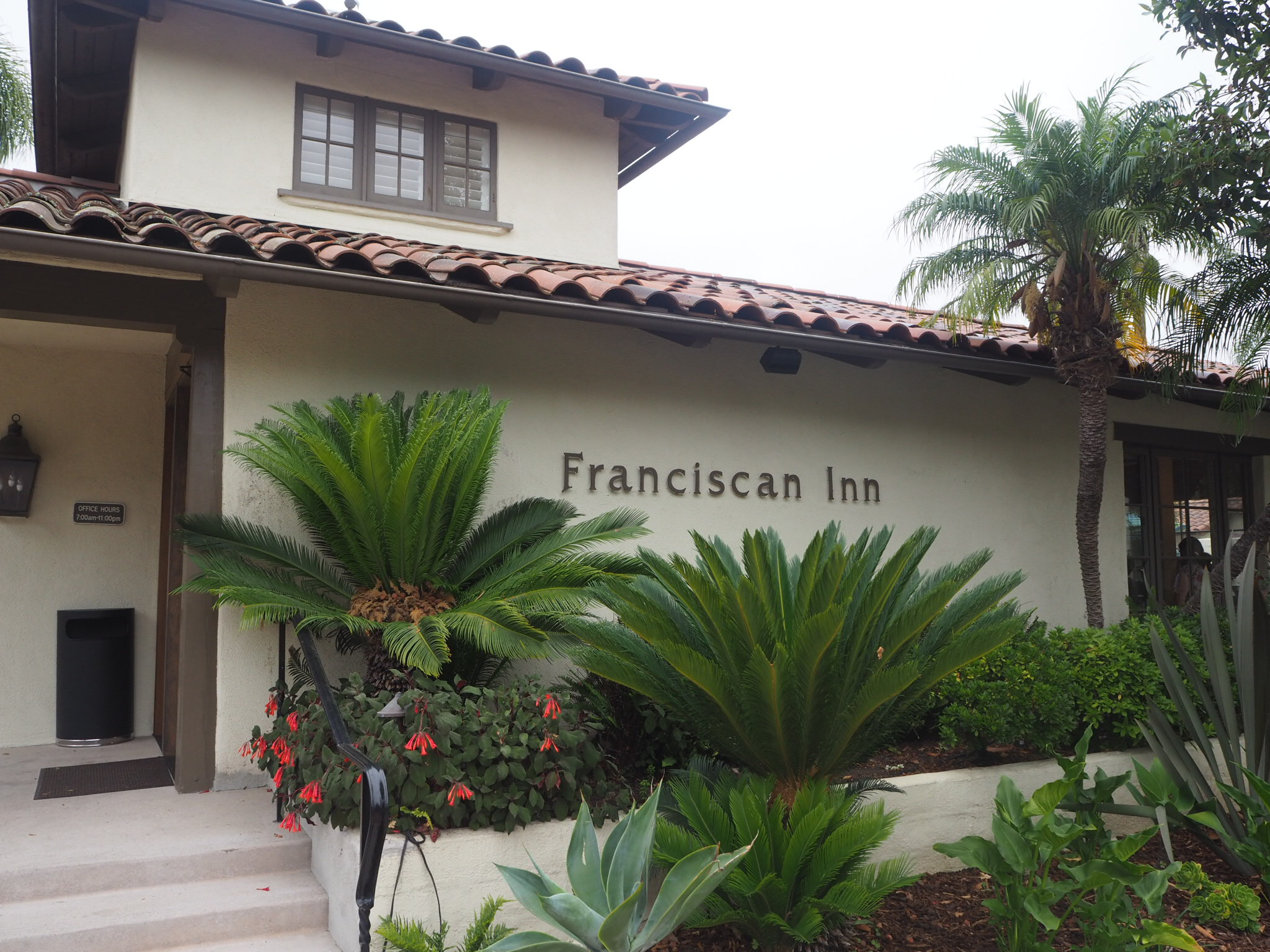 As we didn’t get there until late afternoon we dropped off our bags and went for a stroll to the pier and beach before wandering into downtown. 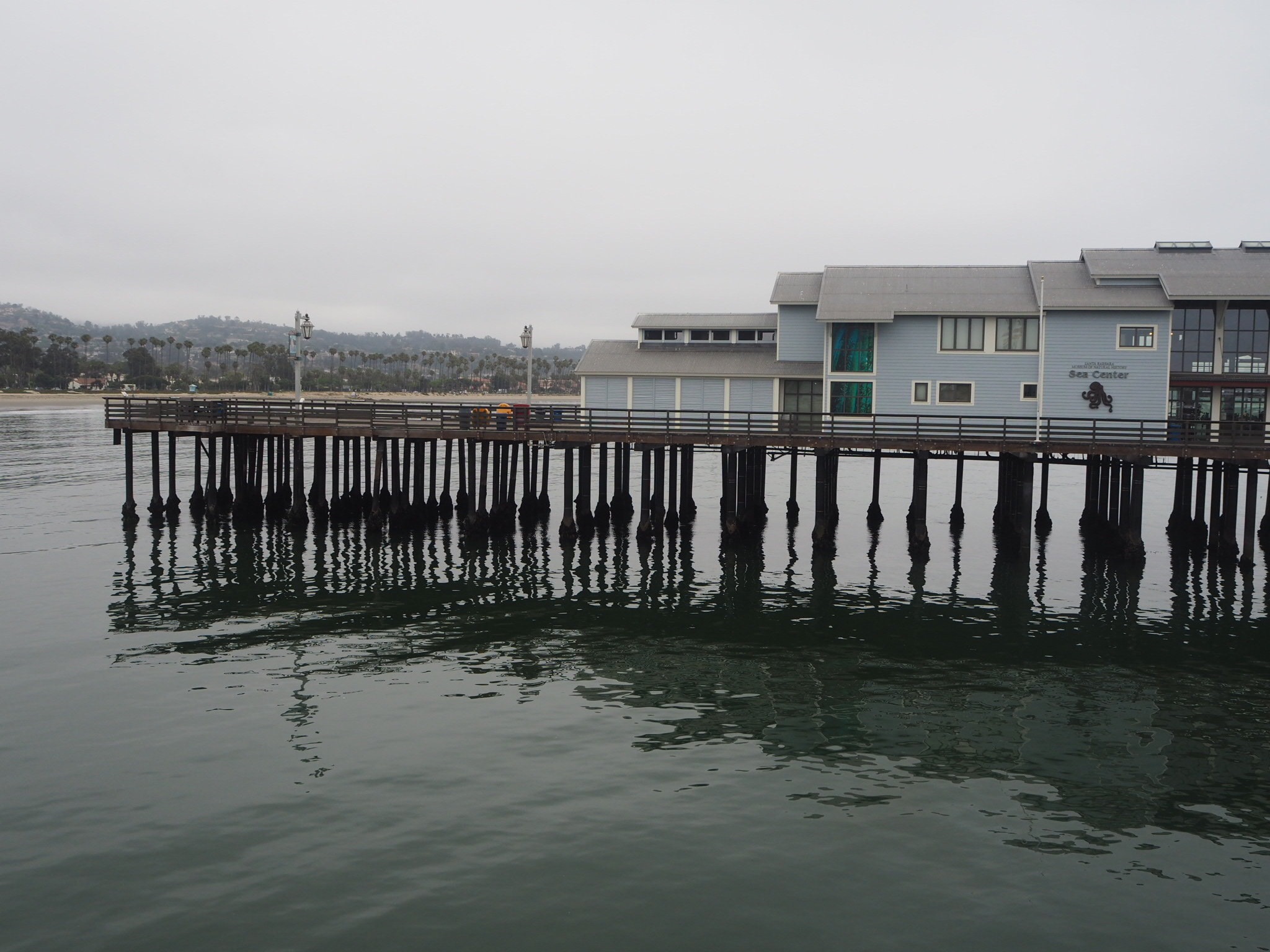 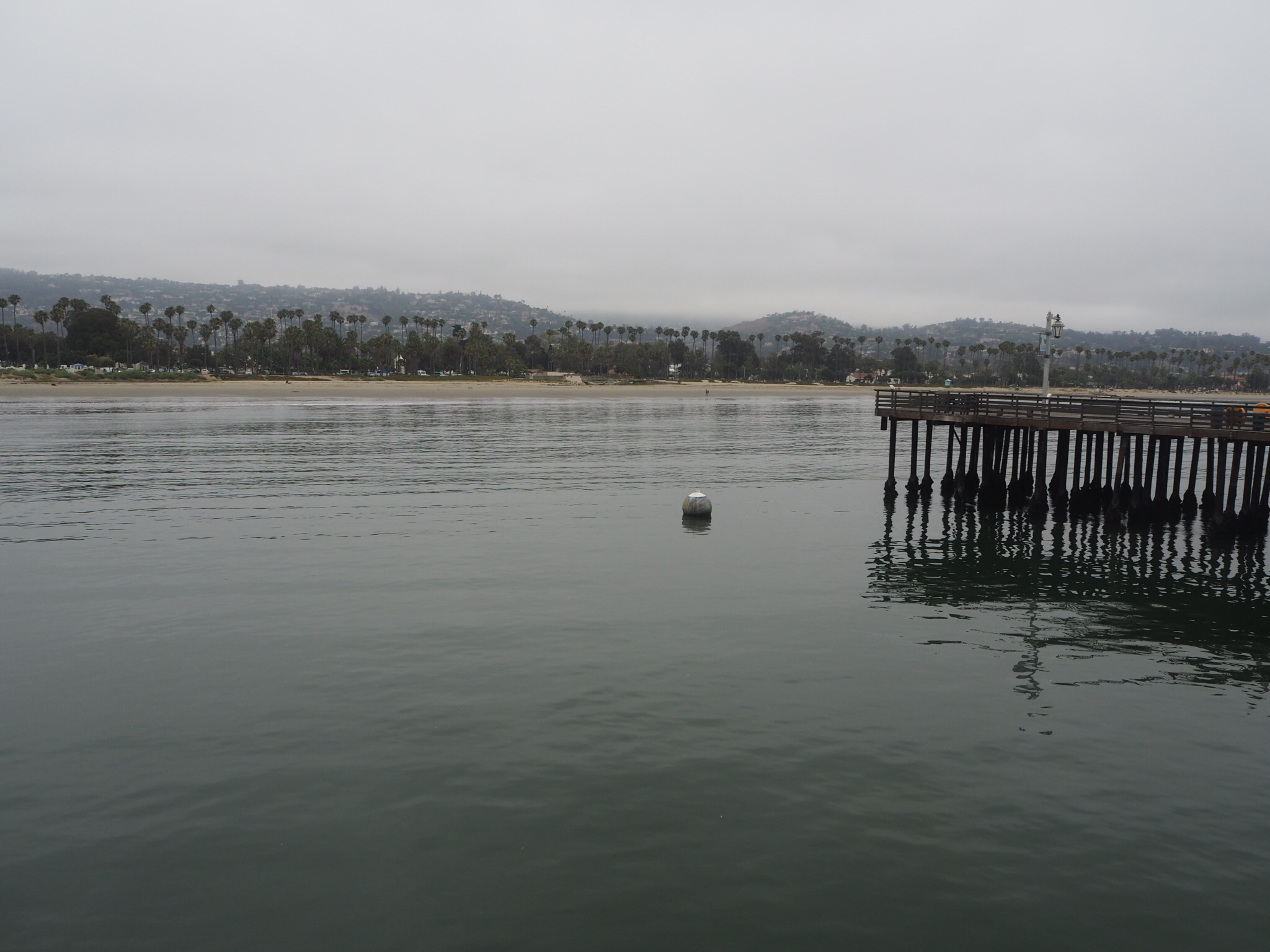 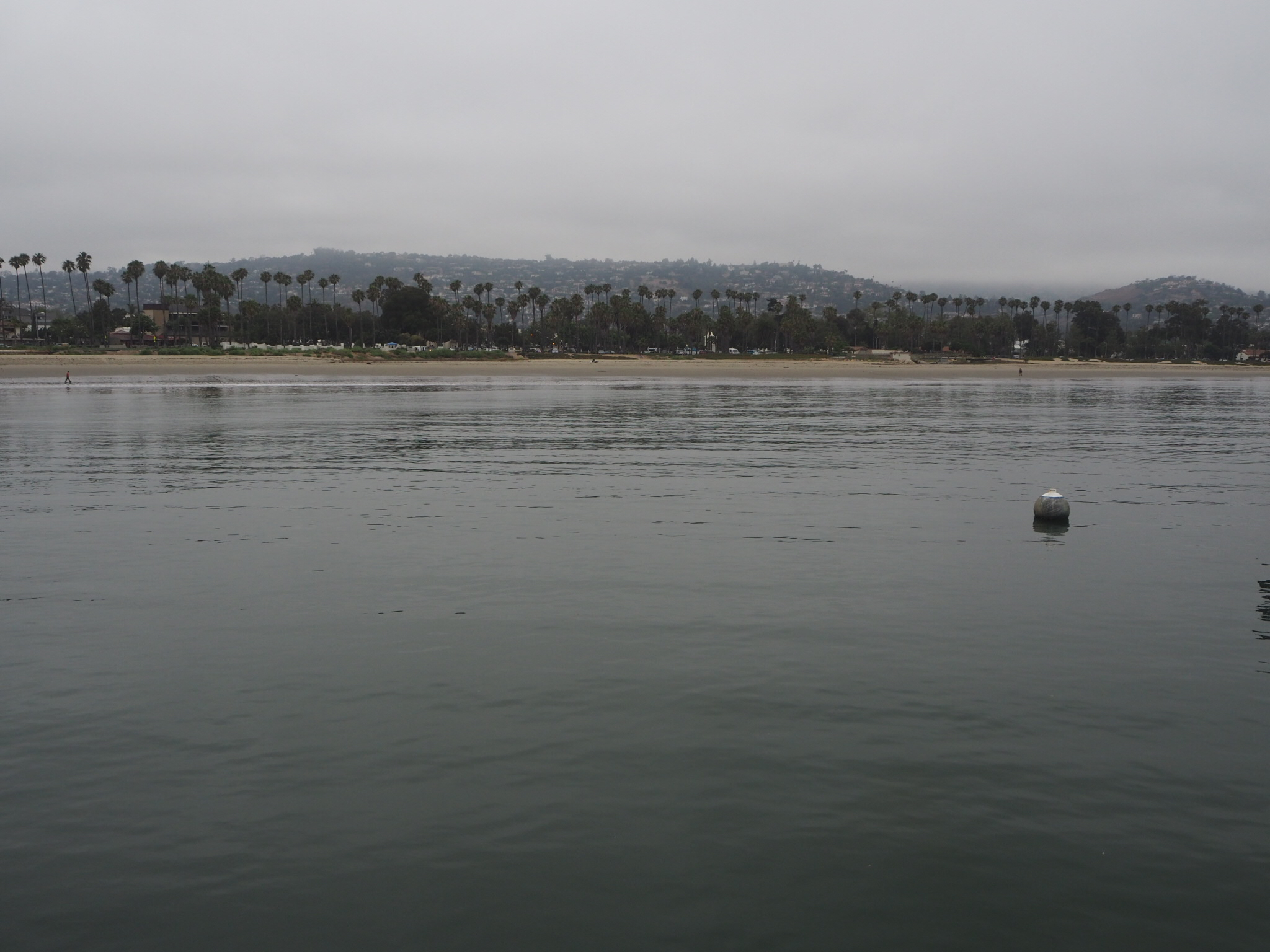 Despite the grey appearance of the photographs it was actually really warm and soon we were hungry so headed to find some food. 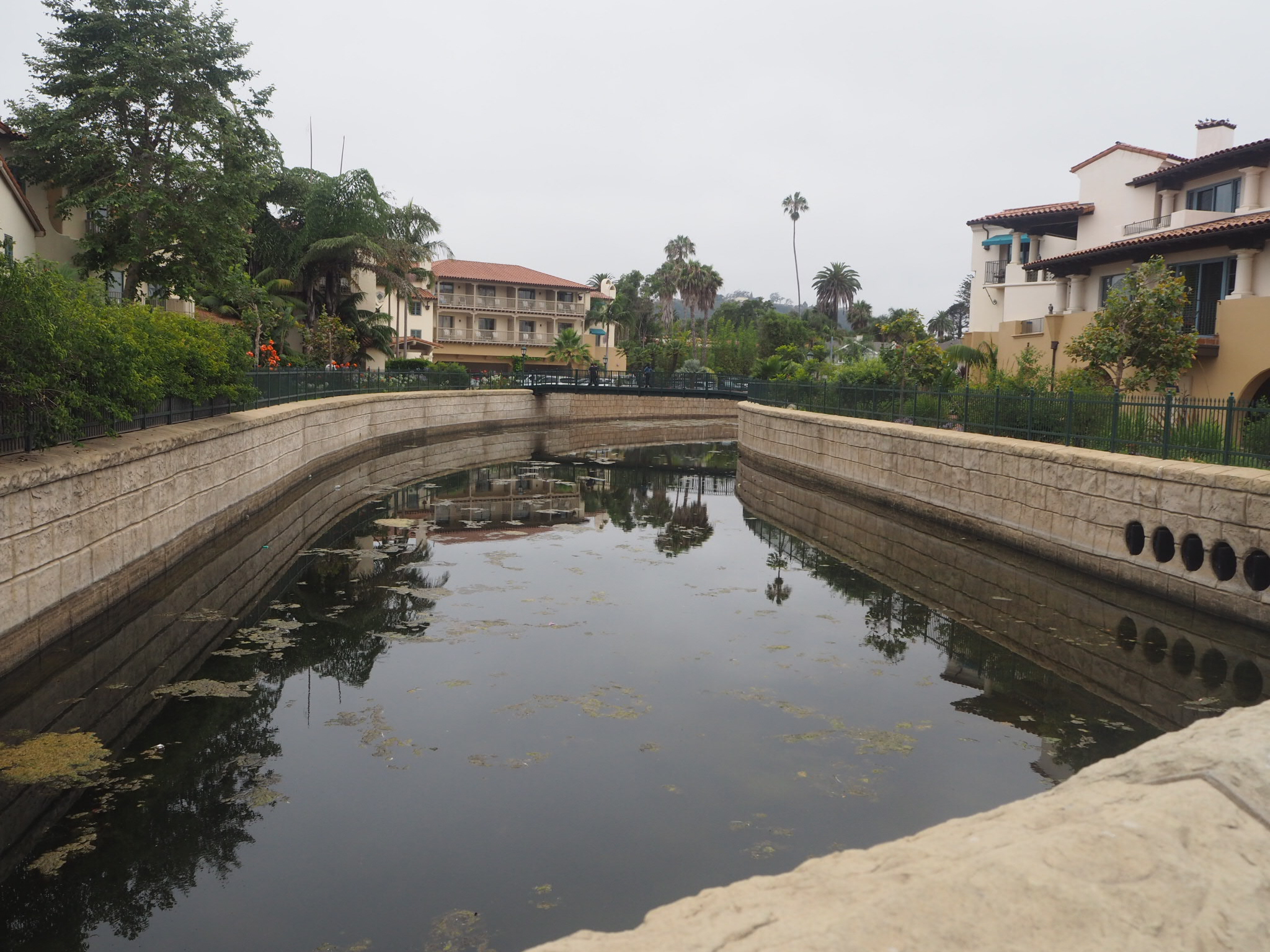 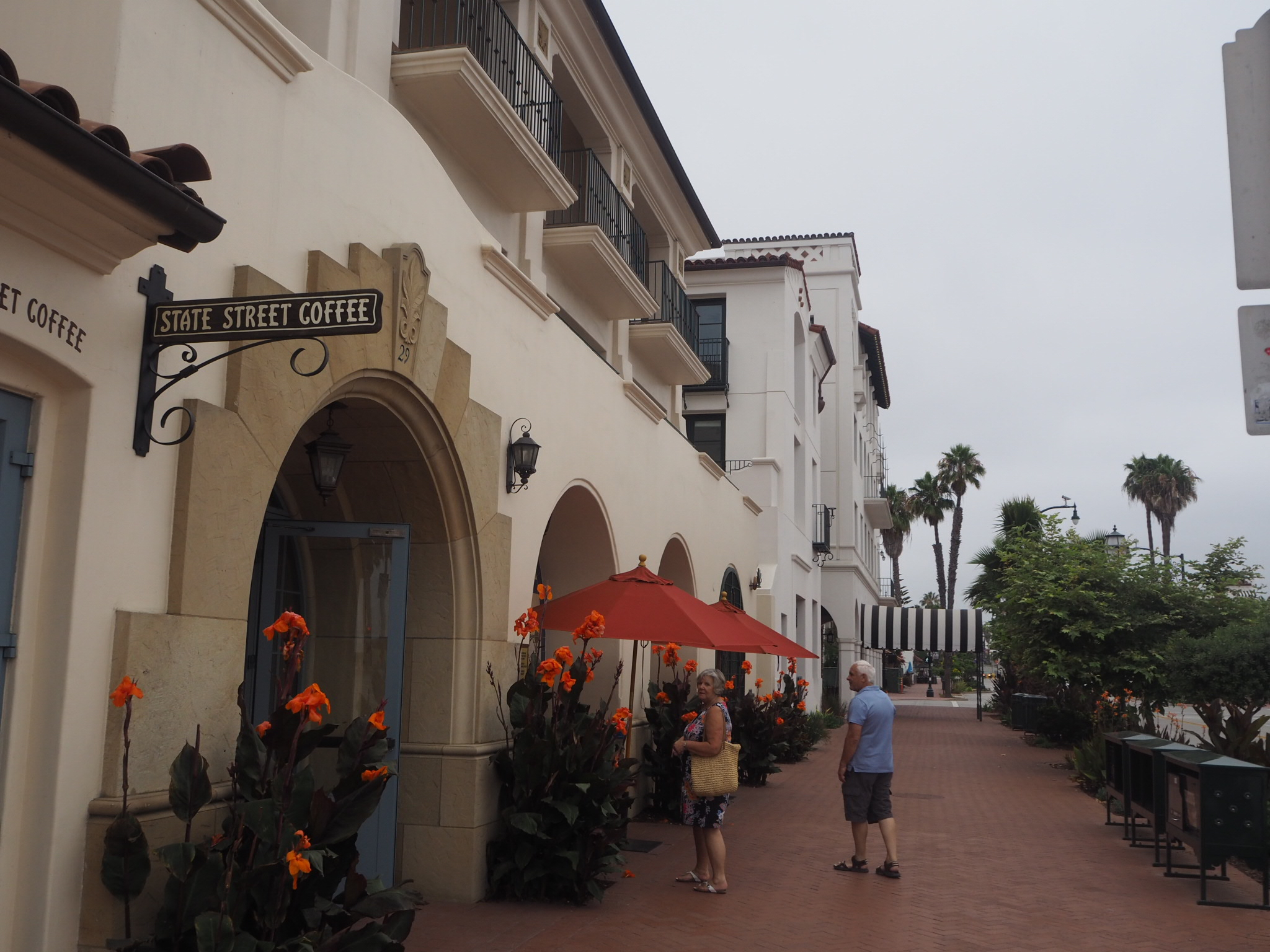 Being so close to the coast we wanted to eat some seafood so ate at quite a new restaurant to Santa Barbara – Bluewater Grill. It was busy so I would recommend making a reservation but we were lucky and managed to get one of the last tables. There’s also a really nice deck to sit out on. 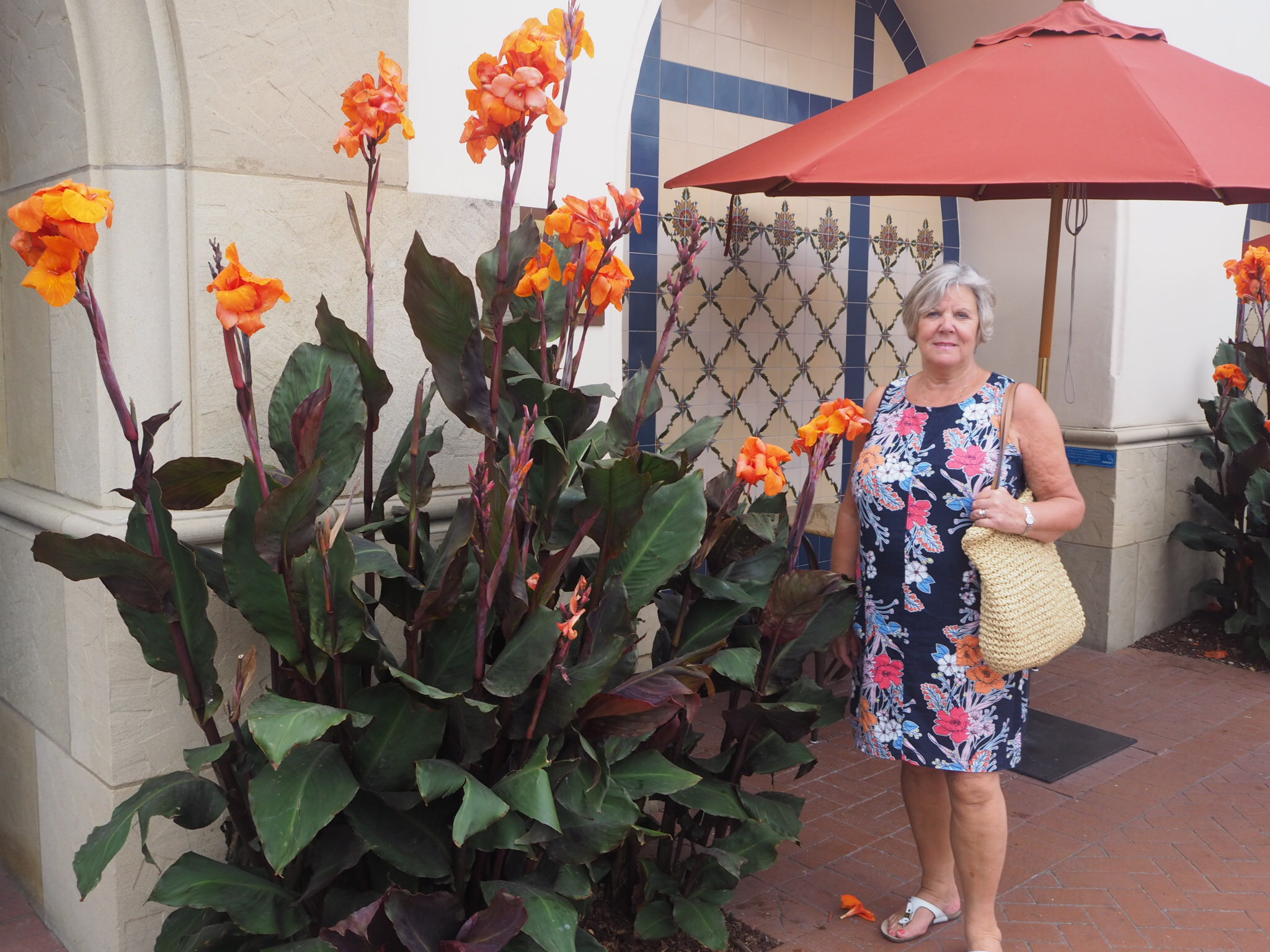 My parents both had the cedar plank salmon served with scalloped potatoes and broccolini and I had the panko shrimp with fries. All really fresh and tasty.

The next morning before we left we had breakfast at our hotel and then drove up to the Santa Barbara Mission.

Founded in 1786, the mission was founded by Spanish Franciscans and two hundred years later the mission is still the chief cultural and historical landmark in the city of Santa Barbara. 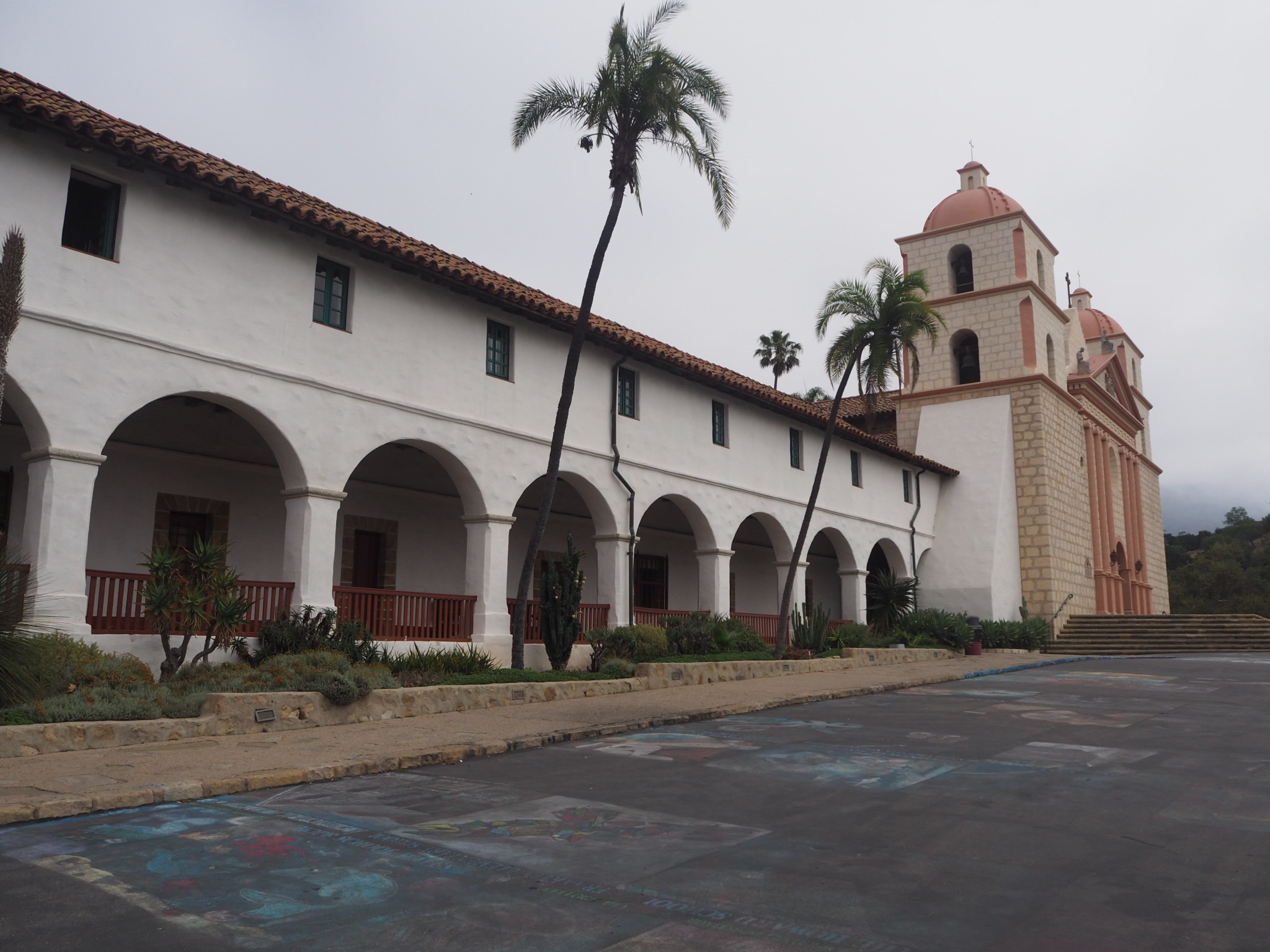 We didn’t go in as we were keen to get on the road to our next destination so we strolled around the grounds but if we had more time we’d definitely have gone in and taken a tour. 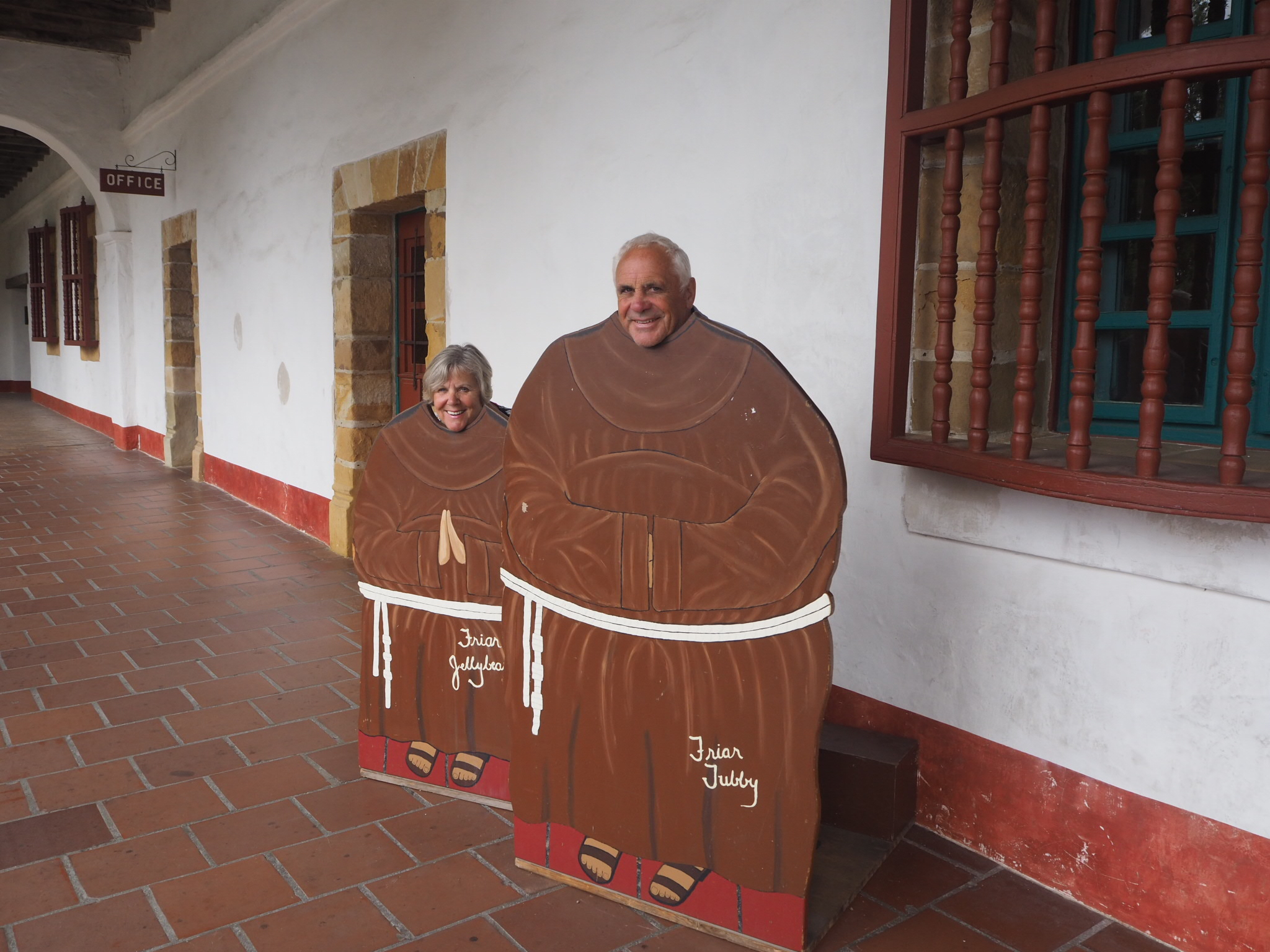 Even though our time in Santa Barbara was short we really enjoyed this colonial style city.

However we were really excited to drive out into the desert and our next stop – Palm Springs.